TheGospelCoalition.org : 9 Things You Should Know About C. S. Lewis 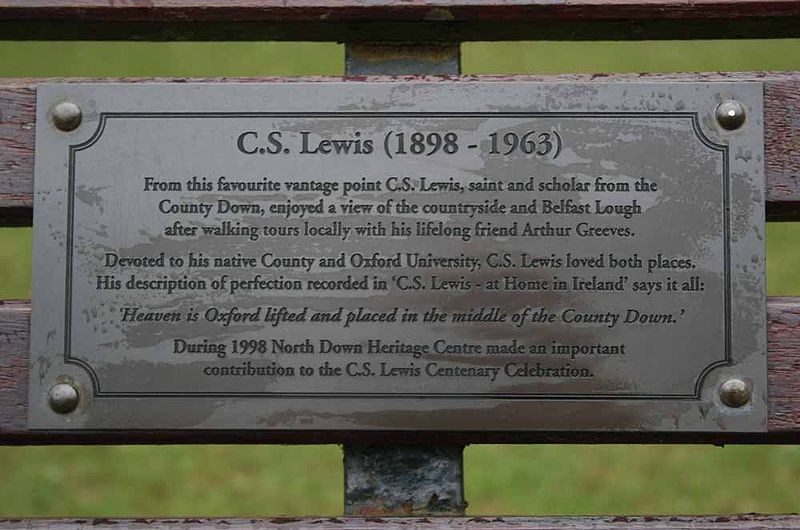 Today (22 November) is the fifty-third anniversary of the death of Clive Staples Lewis, one of the most well known, widely read, and frequently quoted Christian authors of modern times. Here are nine things you should know about the author and apologist who has been called “The Apostle to the Skeptics.”

2. Lewis’s close friend Owen Barfield, to whom he dedicated his book The Allegory of Love, was also his lawyer. Lewis asked Barfield to establish a charitable trust (“The Agape Fund”) with his book earnings. It’s estimated that 90 percent of Lewis’s income went to charity.

3. Lewis had a fondness for nicknames. He and his brother, Warnie, called each other “Smallpigiebotham” (SPB) and “Archpigiebotham” (APB), inspired by their childhood nurse’s threat to smack their “piggybottoms.” Even after Lewis’s death, Warnie still referred to him as “my beloved SPB.”

4. In 1917, Lewis left his studies to volunteer for the British Army. During the First World War, he was commissioned into the Third Battalion of the Somerset Light Infantry. Lewis arrived at the front line in the Somme Valley in France on his 19th birthday and experienced trench warfare. On April 15, 1918, he was wounded, and two of his colleagues were killed by a British shell falling short of its target. Lewis suffered from depression and homesickness during his convalescence.

5. Lewis was raised in a church-going family in the Church of Ireland. He became an atheist at 15, though he later described his young self as being paradoxically “very angry with God for not existing.”

6. Lewis’s return to the Christian faith was influenced by the works of George MacDonald, arguments with his Oxford colleague and friend J. R. R. Tolkien, and G. K. Chesterton’s The Everlasting Man.

7. Although Lewis considered himself to an entirely orthodox Anglican, his work has been extremely popular among evangelicals and Catholics. Billy Graham, who Lewis met in 1955, said he “found him to be not only intelligent and witty but also gentle and gracious.” And the late Pope John Paul II said Lewis’s The Four Loves was one of his favorite books.

8. After reading Lewis’s 1940 book, The Problem of Pain, the Rev. James Welch, the BBC Director of Religious Broadcasting, asked Lewis to give talks on the radio. While Lewis was at Oxford during World War II he gave a series of BBC radio talks made between 1942 and 1944. The transcripts of the broadcasts originally appeared in print as three separate pamphlets—The Case for Christianity (1942), Christian Behaviour (1943), and Beyond Personality (1944) — but were later combined into the book Mere Christianity. In 2000, Mere Christianity was voted best book of the 20th century by Christianity Today.

9. On November 22, 1963, exactly one week before his 65th birthday, Lewis collapsed in his bedroom at 5:30 p.m. and died a few minutes later. Media coverage of his death was almost completely overshadowed by news of the assassination of President John F. Kennedy, who was killed less than an hour earlier. In 2003, Lewis was added to the list of saints commemorated on the church calendar of the Episcopal Church.